Broadley Energy, owned by Farm Renewables, installed a BioBANG to recirculate digestate to reduce the viscosity and generate more biogas. 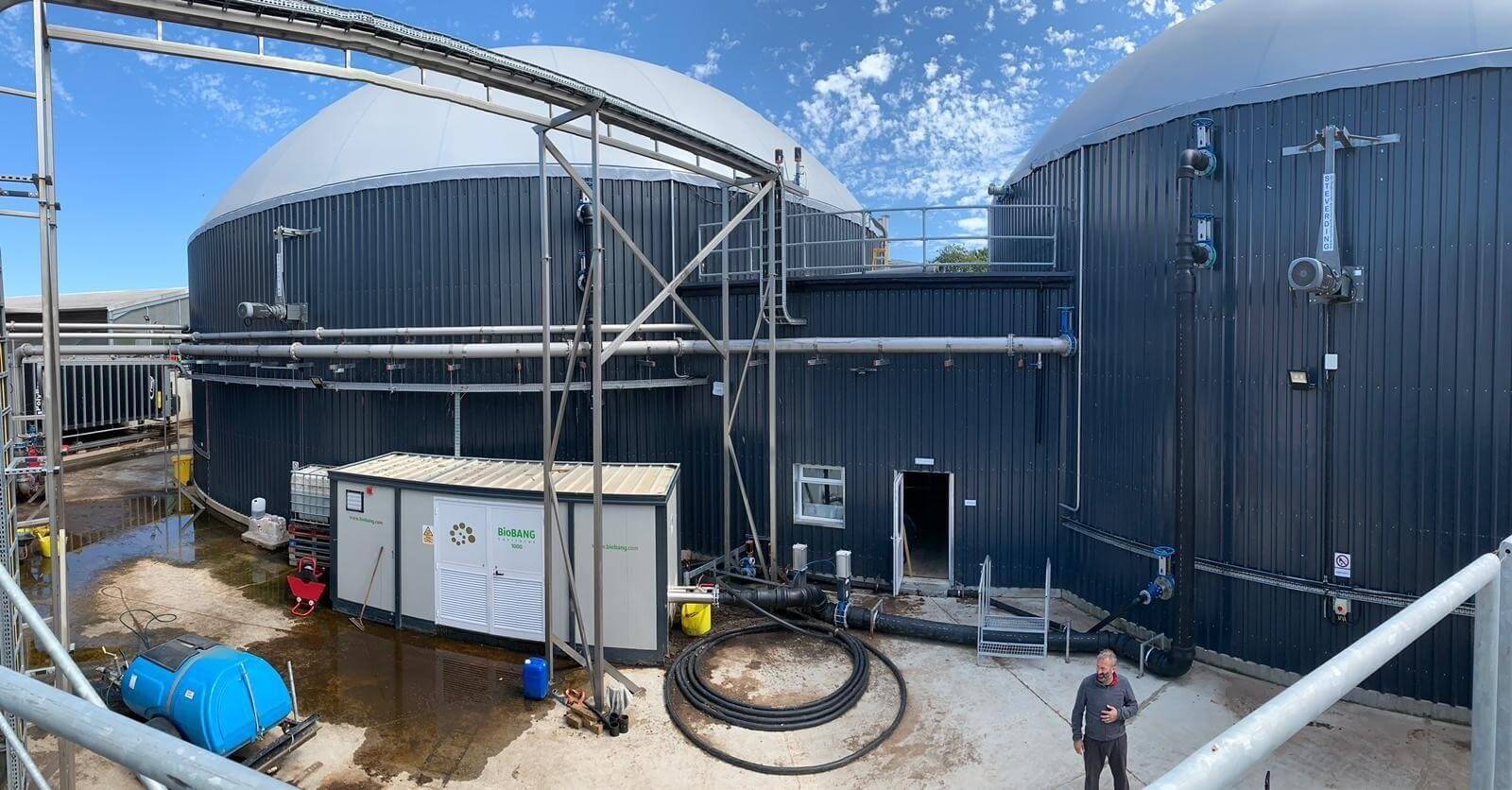 Farm Renewables is an UK company that works in the renewable energy sector and with their preferred technology provider, BioConstruct GmbH, has now constructed two AD plants in southern England.

One of the AD plants that Farm Renewables owns and operates is “Broadley Energy” and the plant is located near to Chichester on the south coast of England.

The AD plant is designed to generate 1800 kW/h of electricity. It has two primary digesters that operate in parallel and has two 900kW/h 2G CHP units.

The original Feeding plan was:

Broadley Energy was developed to take all the manure from the pig farm next to the AD plant where 50,000 pigs are fattened each year. The pig farm produces more than 20,000 tonnes of manure with a high concentration of straw.

Given high concentration of straw, Farm Renewables started to look for a pretreatment solution to increase straw digestibility in the manure and to make it produce more gas, without increasing the plant’s retention time. Without pretreatment, the straw in the manure was causing problems concerning the viscosity of the substrate, potentially crust formation and an increase in mixer use in the digesters and hence more electricity used.

Broadley Energy uses steam explosion, a pretreatment technology for its straw. The technology uses steam at high temperatures to explode all the straw before it is fed into the digesters.

Steam Explosion helps increase the amount of straw loaded in the fermenters each day as after treatment it enters the digesters at max 32% DM. the company now mixes the exploded straw with digestate and water to bring down the DW. However, they started to have the operational issues because

The straw used at Broadley Energy has a high stone content and the stones periodically clog the pipework to the digesters. Broadley Energy has now fitted a hedgehog belt (similar to those used on a carrot harvester) to ensure all stones are removed before the steam explosion process.

Given the problems Broadley Energy was experiencing with the total volume of the straw in the pig manure in its daily feed ration, the company needed a solution to assist break the straw and the fiber content down. They chose the BioBANG cavitation technology.

BioBANG was installed at Broadley Energy AD plant in June 2018 to work in recirculation alternately on the 2 primary digesters. BioBANG works with a Flow Rate of 2.5 m³/h and an Energy Rate of 10 kW/m³.

After 6 months from the installation of BioBANG, Farm Renewable recorded the following results:

Graph. 1 – Difference between crops quantity before and after BioBANG installation.

The biggest benefit that Farm Renewables obtained from BioBANG‘ operation is the increase in the digestibility of the fibers contained in the straw that is in the pig manure.

BioBANG breaks the fiber’s bonds, making it more accessible to bacteria. This effect leads to an increase in straw digestibility. In this way, Broadley Energy Farm’s plant obtains a greater gas quantity from straw up to a maximum of 15%, in the plant’s 60 day retention time.

This effect was seen by the technicians of Farm Renewable’s group and of BioConstruct company that monitoring the yield of the plant for the first 6 months of BioBANG operation:

Tab. 4 – Production of the plant without and with BioBANG.

Technicians noticed that gas daily production and kW that plant obtains from the optimized feeding with straw and pig manure with litter, produces 15% more with BioBANG. 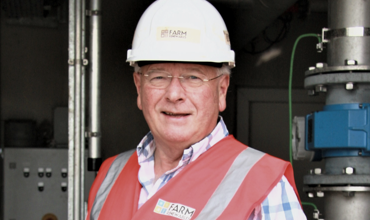 What are the reasons that led you to install BioBANG on your system?
Our company was looking for increased gas production and increase viscosity for its Broadley Energy Plant and to increase straw digestibility.

What kind of results did you achieve after starting BioBANG on your system?
With BioBANG we achieved the goals we set when we decided to take a treatment technology that help us to increase the gas production from the substrate. The first benefit we noticed was a big viscosity reduction in digesters. However, the biggest benefit is that the gas production increased by up to 15% with the cavitation pretreatment given by BioBANG.

What future developments do you foresee for your plant and what will be the next goals you will want to achieve?
Our future goals are to reduce the quantities of corn silage more and replace it with steam exploded straw, but thanks to the BioBANG we can manage the digested process and the retention times of our plant. Following our experience at Broadley Energy, we decided to install a second BioBANG unit at our new biogas plant in Kent on the east coast of England that will be fed on corn silage, chicken manure, waste fruits and straw

BOOK YOUR TEST WITH OUR BioBANG® MOBILE UNIT

Vietnamese
Scroll Up
Gestisci Consenso Cookie
This site uses first and third party cookies to allow it to function properly and for analysis. If you want to know more, or change your preferences click on the "Preferences" button. Consent can be expressed by clicking "Accept all cookies". If you do not consent to the installation of cookies that are not necessary for the proper functioning of the site, activate only "Functional" cookies
Manage options Manage services Manage vendors Read more about these purposes
Preferences
{title} {title} {title}