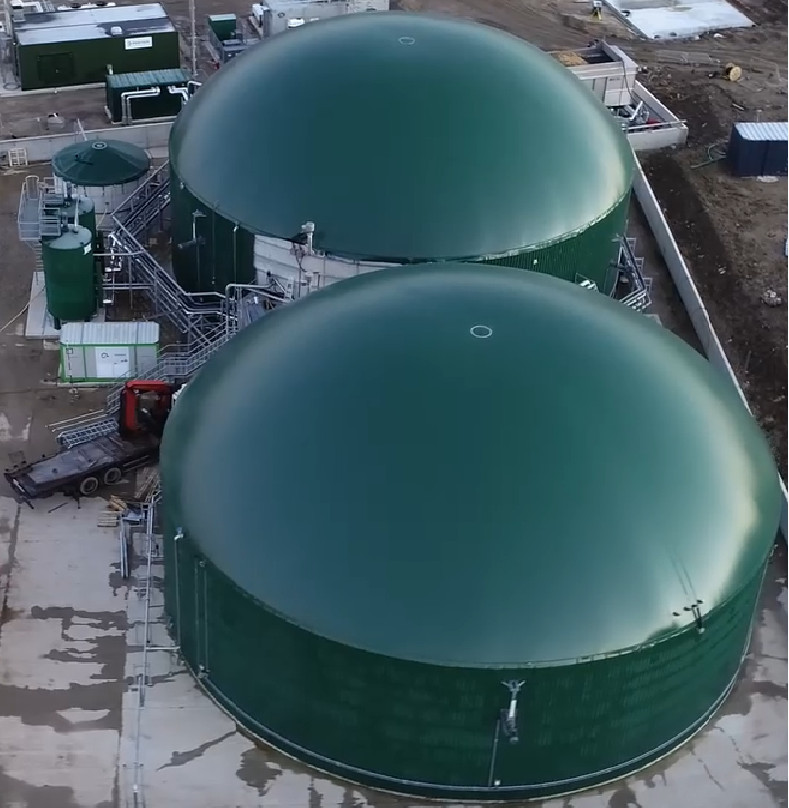 At the end of January, BioBANG has started up a New unit in southern England!

Sheppey Energy is the new plant built by BioConstruct and owned by Farm Renewables which will be fed almost exclusively with straw.

In 2018, Farm Renewables has already installed BioBANG in recirculation on their “Broadley Energy” biogas plant obtaining great results in terms of viscosity reduction and increase in the energy efficiency of straw, only 6 months after starting BioBANG. At the following link you can find the Case History.

Given the excellent experience and the great results obtained on the first plant, Farm Renewables together with BioConstruct have decided to include a new BioBANG unit in the project of a new biomethane plant whose daily feeding almost exclusively involves the use of straw.

To optimize the use of straw in the plant, Farm Renewables and BioConstruct have integrated a loading line for straw to BioBANG, consisting of a bale breaker, straw chopper and extruder to produce pellets to be mixed with the liquid and then sent to the digester. The efficient loading line allows the straw to be loaded into the digester, without using large quantities of liquid, while once it’s load in the digester, the straw is subjected to the cavitation treatment of BioBANG which maximizes its efficiency.

BioBANG in recirculation on the digester takes the percentage of straw (made up of fibers, cellulose, hemicellulose, lignin, etc …) which floats on the surface, treats it and recirculates the cavitated straw in the lower part of the digester, ready to be hydrolyzed and digested.

With this installation, BioBANG doesn’t compete with bacteria for that percentage of material loaded in the digester that is already immediately digestible, thus maximizing its effect with the lowest possible energy consumption.

With BioBANG in recirculation, the new plant of Farm Renewables, will can:

All these effects will be achieved with the maximum optimization of the energy consumption of BioBANG!